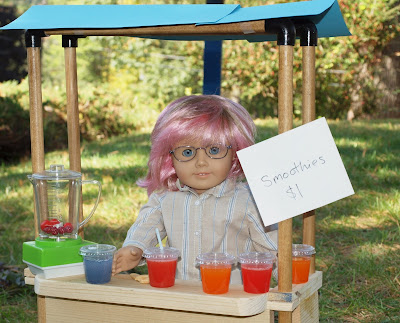 I decided to set up a smoothie stand today, and see if I could make some money. 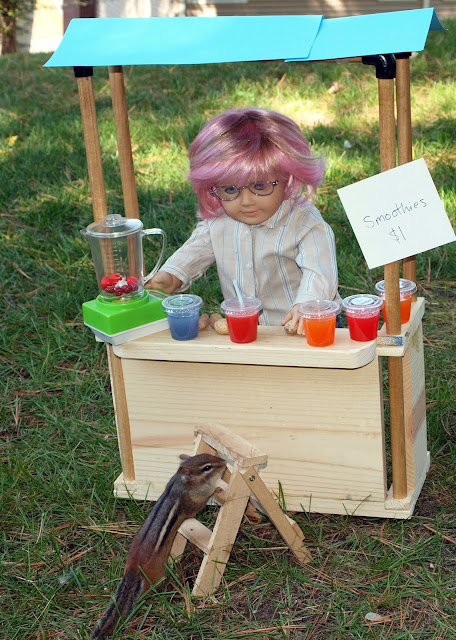 Veronica was my first customer. 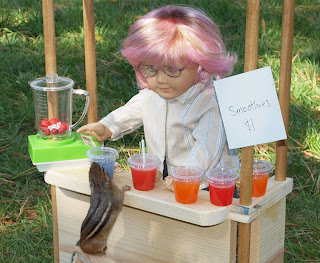 She couldn't decide between blueberry... 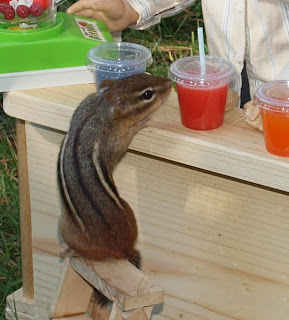 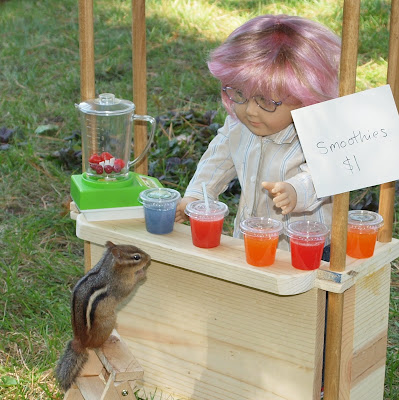 She said she would think about it while she ran home to get some money. 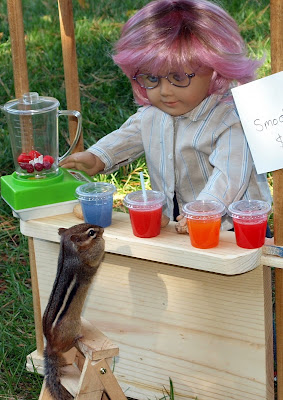 Eddie was my next customer.

I bet your thinking, "Hey! That looks like Veronica!"
But it's not, it really is Eddie!  Trust me.  Why would I lie to you about chipmunk identity? 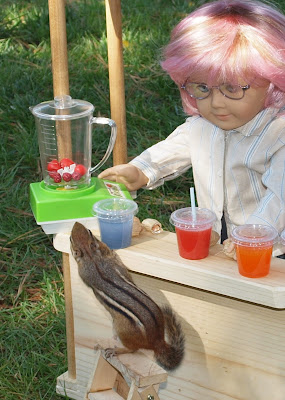 Eddie thought I should throw some peanuts in the blender and make a peanut smoothie but I was afraid I would end up with a blender full of peanut butter.
He thought that was a mighty fine idea! 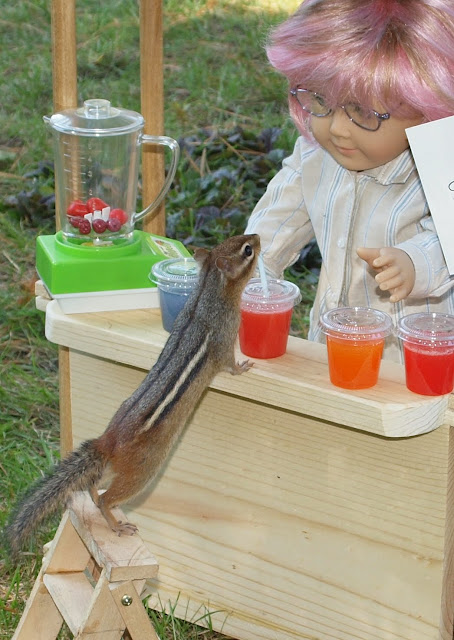 And then he stole a big slurp from a strawberry smoothie and ran away! 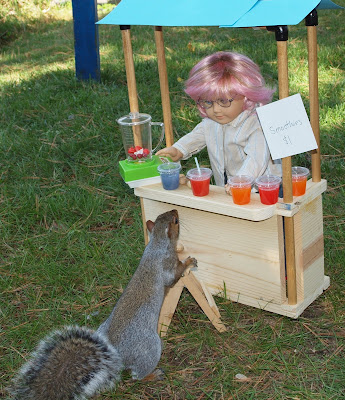 Oscar showed up just as Eddie went scampering off. 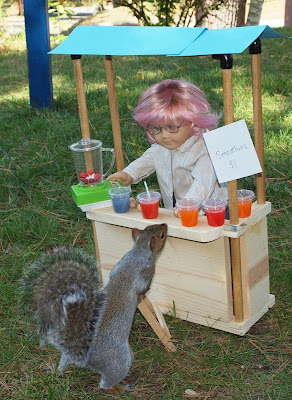 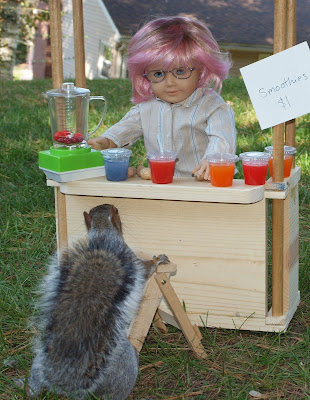 ...Or maybe blueberry.
But he did not want strawberry! 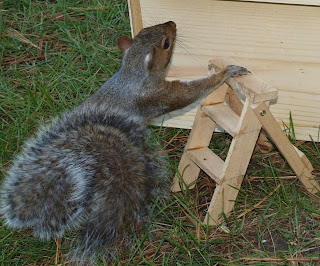 He saw Eddie tasting that one and said he didn't want anything that had been touched by chipmunk lips! 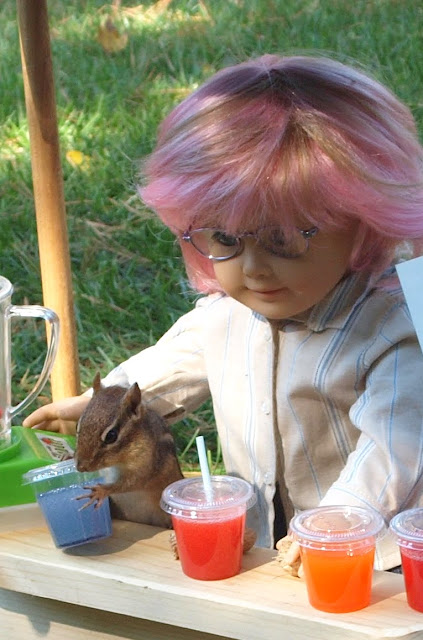 Eddie heard that and he was not amused.  He tried to throw a smoothie at Oscar!
I told him bonking customers on the head was not allowed. 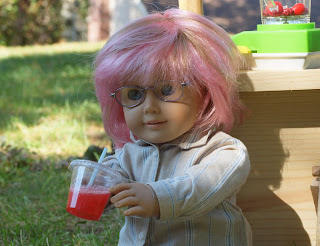 It was a long, hectic day and I was glad when it was over so I could finally take a break! 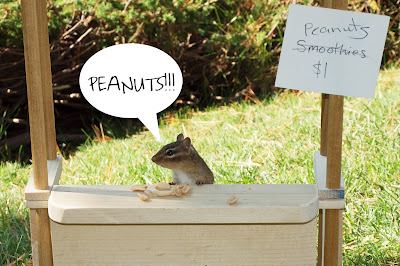 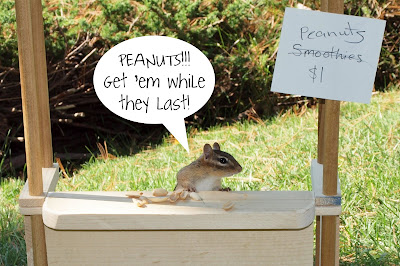 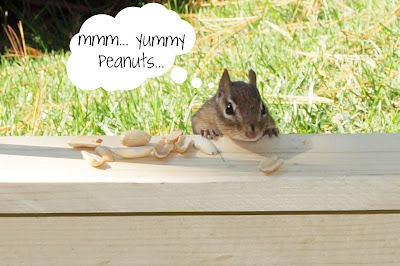 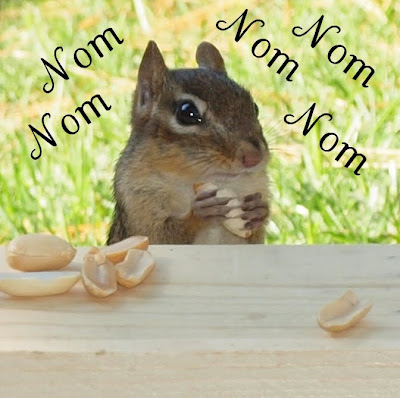